I’ve been meaning to post on the Lit Fest for a while. It’s had its bumps  but after last year’s cancellation it has to be counted as a plus that it’s back. But it wasn’t exactly smooth sailing. Read a full report here written by me off of interviews with the organizers. For my part, I thought the numbers were down, and the cancellation of the star attraction didn’t help matters. But I still think the lit fest has potential both from a tourism standpoint and from the general perspective of developing the literary arts through workshop activity, interaction with authors at various levels of the game, and fun activities for kids. Mistakes have been made, no doubt. And I certainly I don’t have the answers really for the things that aren’t working though it seems pretty clear that it needs more ideas and more hands on deck, more communication, more publicity, more support generally. The organizers seem to be doing some soul searching on all this and have extended an invite for input (as noted in the article linked above). I hope people will take them up on this as this won’t thrive without a real public buy-in. Here are some reminders of why the lit fest matters. 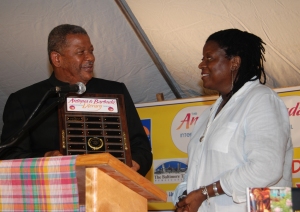 Celebrating literary excellence: Here we see Althea Prince collecting the ABILF lit award. None was given out this year but I for one hope it returns. 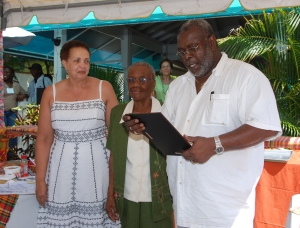 Dame Gwendolyn Tonge (center) received a special award for her contributions to Antiguan society from the Hon. Hillson Baptiste, Member of Parliament, as Festival Founder Joy Bramble observes, during the Saturday noontime session of the 2007 Antigua & Barbuda Literary Festival. 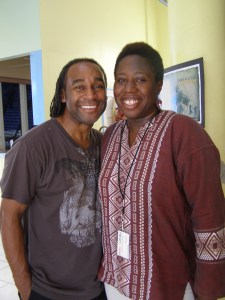 Met Eric Jerome Dickey at the festival and he's proven to be a gracious, gracious man in person to me and other Antiguan writers 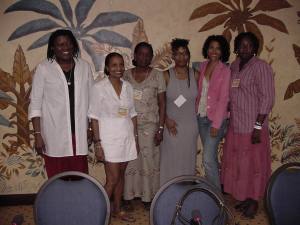 Bringing writers, local and international, starting out and advanced together: pictured here in 2006 are Althea Prince, Elizabeth Nunez, Verna Wilkins, Nalo Hopkinson, Marie Elena John, and me. Wilkins and Nunez have returned each year of the festival. 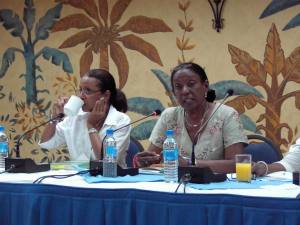 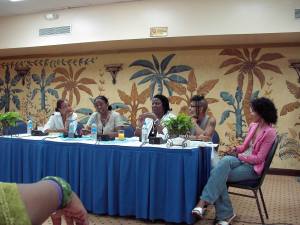 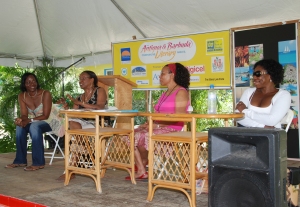 Panels like this 2007 one with Donna Hill, Verna Wilkins, Dawne Allette, and Victoria Christopher Murray provide insight to the writing process and the publishing industry. 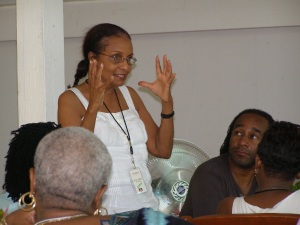 Author Elizabeth Nunez makes a particular point about writing as novelist Eric Jerome Dickey looks on during a session at the 2007 Antigua & Barbuda Literary Festival. 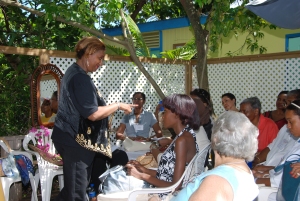 Ava Hutchinson conducts a session on raising creativity at the 2007 Antigua & Barbuda Literary Festival, held at the Anchorage Inn. 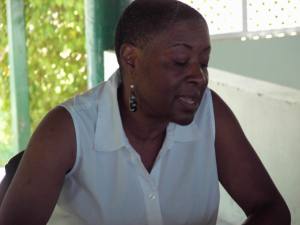 One of my favourite activities at the 2010 ABILF was the poetry night; listening to readings by Lorna Goodison, Esther Phillips, John Agard, Grace Nichols, Zee’s Youth Theatre and the Young Poets Society of Antigua and Barbuda. Also their after words about crafting and commitment to shaping the work into the best it can be spoke to the writer-still-becoming in me. I was busy with the Children’s Tent on Saturday so I didn’t get a chance to hear them under the big tent (below) but I didn’t feel cheated. 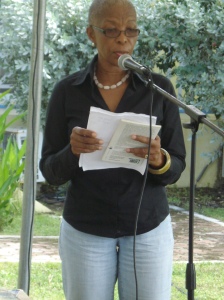 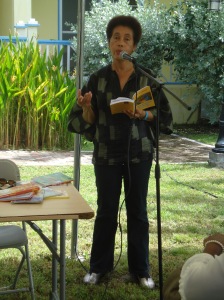 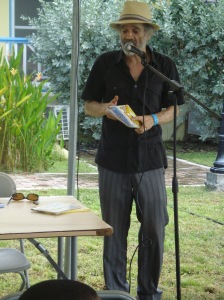 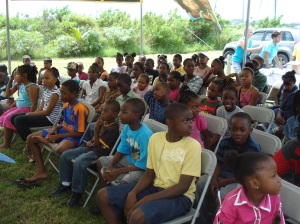 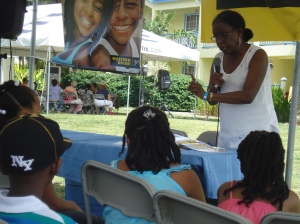 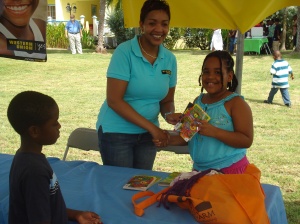 The children's tent was sponsored by Western Union 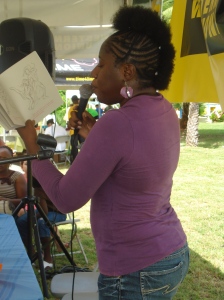 Me, reading to the kids from Ashley Bryan's Dancing Granny 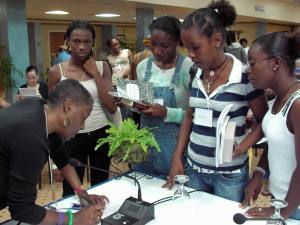 Marita Golden signs autographs for a group of young Antiguans. I remember her reading and workshops were personal highlights for me at the 2006 festival. 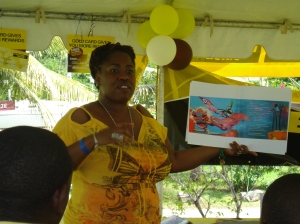 Motion 2008 at the Children's tent 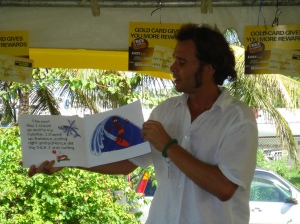 ...and Jason Cole and his bag of tricks 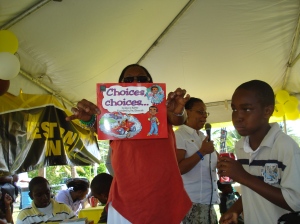 ...and Verna and her Tamarind Books 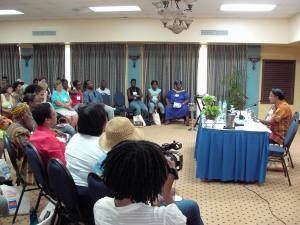 A reading by Jamaica Kincaid, in Antigua, as rare as...as...rain in drought season 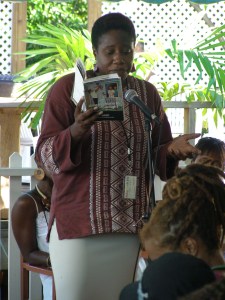 one of the highlghts in all the years of the festival for me was reading at the Antiguan Authors Luncheon...when I was a little kid I didn't even know we had Antiguan authors! 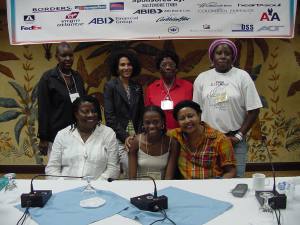 ...but, boy, are there; pictured at the first fest in 2006 are (standing) S. E. James, Marie Elena John, Rosalyn Simon, and me; and (sitting, from left) Althea Prince, Akilah Jardine, and Jamaica Kincaid. 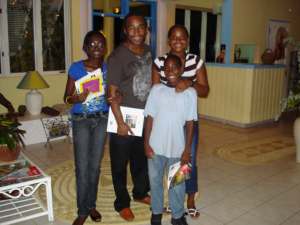 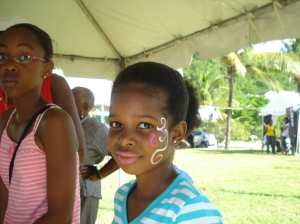