The Adventures of Mr. Coconut by Akeile Benjamin

Once upon a time there was a large coconut tree which grew high on top of a hill in the rainforest.  There on that tree was a bunch of the juiciest coconuts you ever saw.  On a very hot day in the middle of the summer the coconuts started falling.  Among the bunch of coconuts that fell, there was one special nut, who felt he was meant for greatness.

The day he fell from the tree he set out on a mission to find his destiny.  He rolled down the hill and met many creatures, like a frog named Hermey.

Hermey asked, “Hey, what’s your name?”  He said, “My name is Mr. Coconut.”  They both became friends. 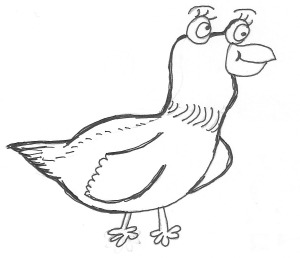 Mr. Coconut then met a bird named Twitch.  She was looking for some worms for her babies.  When Mr. Coconut rolled in a dirt patch some worms appeared so she picked them up with her sharp beak and put them in her nest.  She thanked Mr. Coconut and they became friends as well.

As Mr. Coconut continued his journey he soon reached the sea.  He heard someone crying, “help! help!”  so he went and found a crab stuck under a rock.

He went home and told all the other coconuts about this great adventure.  When night came he went back into his tree and there he lived happily ever after. 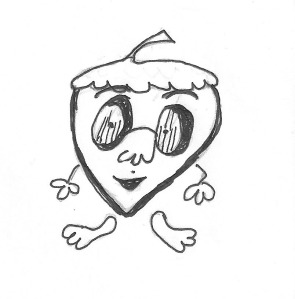 AUTHOR BIO: Second Placed Writer in the 12 and Younger age category of Wadadli Pen 2012 is a Fifth Grade Student at the Wesleyan Junior Academy. The illustrations accompanying what the chief judge described as “a nice, simple story” were provided by the school.

Comments Off on The Adventures of Mr. Coconut by Akeile Benjamin