The Caribbean Writer has announced its 2015 annual prize winners for Volume 29, which highlights contradictions and ambiguities in the Caribbean space.

Topping the list of prizes is The Marvin E. Williams Literary Prize ($500) for a new or emerging writer. This annual prize is donated by Marvin’s widow, Dasil Williams, in honor of her late husband who served as the editor of The Caribbean Writer from 2003 – 2008. This prize was awarded to Richard Georges, an up-and-coming Caribbean poet from the British Virgin Islands. 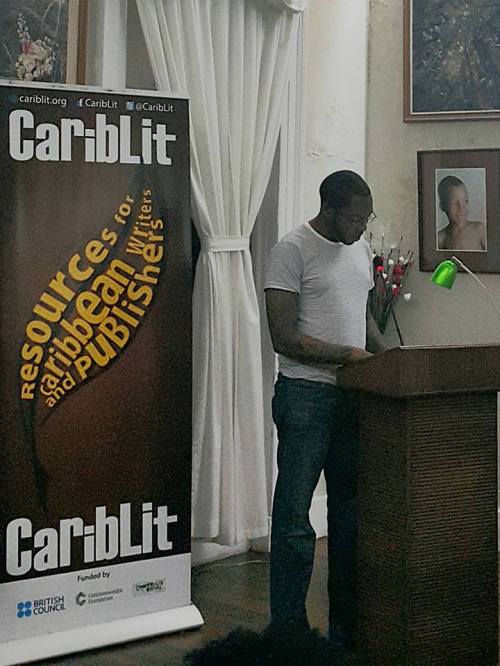 The Cecile de Jongh Literary Prize ($500) was awarded to Shona V. Jamadi-Jabang, a Jamaican-born writer now living in the UK. This prize is awarded to an author whose work best expresses the spirit of the Caribbean. It is donated by former Gov. John P. de Jongh, Jr. in honor of Cecile de Jongh’s abiding commitment to literacy in the territory, especially among the young Virgin Islanders.

The David Hough Literary Prize was awarded to Breanne Mc Ivor, a writer who currently lives in Trinidad where she teaches English, history, drama and citizenship at Rosewood Girls. This $500 prize is awarded to an author who is a resident of the Caribbean. It is donated by Sonja Hough, owner of Sonja’s Designs, the handmade jewelry designer in Christiansted, St. Croix, in memory of her late husband.

The Canute A. Brodhurst Prize for short fiction ($400) was awarded to Bibi Sabrina Donaie, a fiction writer born in Guyana, who currently resides on St. Croix, V.I.
The Charlotte and Isidor Paiewonsky Prize for first-time publication ($250) in The Caribbean Writer went to D’Yanirah Santiago, a writer from St. Croix, V.I.

The Marguerite Cobb-McKay Prize to an emerging Caribbean fiction writer ($200) went to Tammi Browne-Bannister, a writer from Barbados.