Just as we share with you the Opportunities and remind you of the upcoming submission deadlines, we like to share with you the accolades and achievements. This time, it’s the Hurston Wright Legacy Awards named for two of the giants of African American literature, Harlem Renaissance Writers Zora Neale Hurston 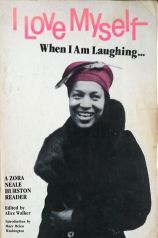 (Their Eyes Were Watching God) and Richard Wright (Native Son) – p.s. if you haven’t read both books you need to correct that immediately; though my favourite is Their Eyes Were Watching God of Janie and Teacake fame (you can also read her story Conscience of the Court in Reading Room 19 to get you started), Bigger Thomas in Native Son is a character that seared himself in to the American psyche and in to mine when I read him many decades later at the University of the West Indies (UWI).

But back to the 15th Annual Legacy Awards, the ceremony of which is planned for October 21st in Washington D.C.

North Star Award Recipient:
Ernest J. Gaines –  the award-winning author of A Lesson Before Dying, The Autobiography of Miss Jane Pittman and numerous other acclaimed novels.

The North Star Award, the foundation’s highest honor, pays homage to the beacon that guided enslaved Africans to freedom. The recipients of the award are individuals whose writing careers represent brilliant accomplishment and whose service to the writing community inspires others.

Ella Baker Award Recipient:
Junot Díaz -the Pulitzer-prize winning author of The Brief Wondrous Life of Oscar Wao, will receive the Ella Baker Award. Díaz is also the author of Drown and This is How You Lose Her, and the co-founder of Voices of Our Nation Arts workshop.

I’ll admit (though I’m not proud of this) that Mr. Gaines is still on my to-read list but his work has so permeated the collective consciousness that I am very much aware of A Lesson Before Dying and the Autobiography of Ms. Jane Pittman, the latter of which was made in to an award winning film starring the incomparable Cicely Tyson.

Díaz, meanwhile, had me at The Brief Wondrous Life is Oscar Wao, the Pulitzer prize winning book is a mind-blowing experience. I’ve read other excerpts from his writing since, and been impressed with how he uses his voice to speak on issues that matter like the treatment of Haitians in the Dominican Republic (and specifically, in partnership with another literary rock star and shero of mine Haitian-American writer Edwidge Dandicat, the planned deportation of Haitian-Dominicans due to a retroactive and regressive law) and the lack of diversity (or “the unbearable too-whiteness”) in the reading material in the creative writing programmes at US universities and colleges. Kudos to both men.

Following are those now in contention (thanks to submissions and nominations) for the 2016 Legacy Awards.

DEBUT FICTION
Mourner’s Bench by Sanderia Faye (The University of Arkansas Press)
The Star Side of Bird Hill by Naomi Jackson (Penguin Press)
The Fishermen by Chigozie Obioma (Little, Brown and Company)

You’ve heard me talk about Naomi Jackson, who is American of Antiguan and Barbadian heritage, around these parts before; so you know which book I’m rooting for: 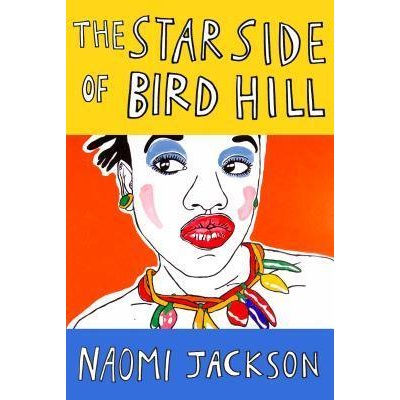 T. Geronimo Johnson has been on my to-read list since I read about him a year ago in a literary magazine en route from New Orleans – in my mind he’s a part of that experience and from the interview, his narrative voice tugged at me. Beatty’s The Sellout, Okparanta’s Under the Udala Trees, and Hannaham’s Delicious Foods were also already on my to-read list – in the so many books so little time category. It’s worth noting that St. Kitts-born writer Caryl Phillips is also one of ours; I haven’t read this one (as I have The Final Passage and Dancing in the Dark) though the synopsis suggests a high concept, highly literary read which is what I’ve come to expect.

NONFICTION
The Light of the World by Elizabeth Alexander (Grand Central Publishing)
Confronting Black Jacobins: The United States, the Haitian Revolution, and the Origins of the Dominican Republic by Gerald Horne (Monthly Review Press)
Spectacle: The Astonishing Life of Ota Benga by Pamela Newkirk (Amistad)
Where Everybody Looks Like Me: At the Crossroads of America’s Black Colleges and Culture by Ron Stodghill (Amistad)
Infectious Madness: The Surprising Science of How We “Catch” Mental Illness by Harriet A. Washington (Little, Brown and Company)
The Beast Side: Living and Dying While Black in America by D. Watkins (Hot Books/Skyhorse Publishing)

Elizabeth Alexander and Vievee Francis would maybe get my vote by default here (you know, if my vote counted) as, with the exception of these two, I’m not familiar with the names in these last two categories. But, of course, non/awareness of the writer is no way to judge a literary comp so I have no doubt the judges will do better due diligence than that. As for me, I have additional names for my to-read list, which, at this rate, I’ll be reading in to the hereafter as it keeps growing. But I’ll end simply with the reminder that these comps matter not to say your art is better than mine but really to boost the recognition of a valuable piece of art; so where we have the opportunity to pay it forward by helping to boost a writer whose work we respect and like, we should. And, as always, wherever the opportunity presents itself, we should go for ours as well. See Opportunities and Opportunities Too links for how you can do both.

Finally, since this site is about youth and arts, I should note that College Writing Awards in Fiction and Poetry will also be presented during the Hurston Wright Legacy Awards. Hurston Wright supports developmental initiatives like the Hurston Wright Writers Week and you can support them by purchasing tickets to the awards (if you are in the D. C. area)  at www.hurstonwright.org

-post by Joanne C. Hillhouse (readily admitting that I know nothing, Jon Snow). You can read about my own writing at jhohadli