Congrats to Caribbean Reads, a Nevis-registered press founded by U.S. based author Carol Ottley-Mitchell, the very definition of independent Caribbean press, for continuing to produce quality books for the children and teen/young adult market (including, in the past the Caribbean Adventure series, the Christmas anthology Round My Christmas Tree, which includes works by two Antiguan and Barbudan authors – me and Carel Hodge, and my own Musical Youth, a Burt finalist). This latest mailing concerns their publication of another Burt title Protector’s Pledge. Details, as received from Caribbean Reads, below: 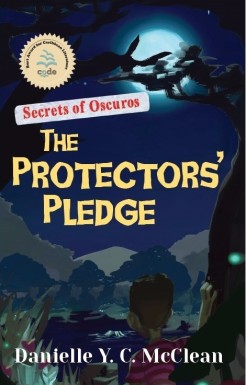 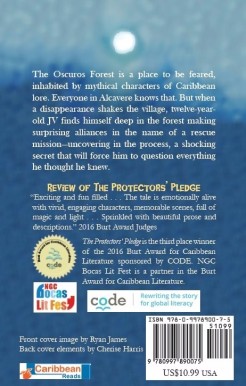 About The Protectors’ Pledge
Twelve-year-old JV can’t wait to spend his vacation exploring the Oscuros Forest. True, everyone in the village of Alcavere believes the Oscuros Forest is a place to be feared, inhabited by dangerous and magical beings. But JV is not afraid, even when his first trip into the forest brings him face-to-face with a mysterious creature.

Then the disappearance of one of their own shakes the village and JV joins the search. He finds himself deep in the Oscuros Forest on a rescue mission and committed to a promise, a promise which the Protectors of the forest insist he keeps no matter how dangerous things get.

Can JV complete his daring quest even as he uncovers in the process, a shocking secret that will force him to question everything he thought he knew?

About the Author
Trinidad-born Danielle Y. C. McClean is an educator, translator, and author. Her infatuation with words, cultivated from an early age, led to her studying law and languages and eventually to her writing her debut novel The Protectors’ Pledge. Read more about Danielle on her website.

The cover of The Protectors’ Pledge was illustrated by Ryan James with the back cover elements created by Cherise Harris.

Excerpt from The Protectors’ Pledge:
He was standing at the edge of a glade that could have been taken right out of a fairy tale. In the treeless clearing, golden beams of sunlight hit the earth which was covered in a downy layer of soft green moss; brown-and-white toadstools of varying sizes speckled the ground, and wild anthuriums and heliconias grew alongside a stream that opened into a dark pool framed with wet, slippery rocks.

The scene was stunning, but it was the beautiful woman leaning out of the pond and stretched over one of the larger rocks who held JV’s attention. Her chin rested on crossed arms, and her eyes were closed. Drops of water sparkled on her ebony shoulders like diamonds in the setting sun, and JV stood spellbound.

Then, without warning, her eyelids flicked up to reveal large greenish-gold orbs. She fixed them on JV, holding him in a stare that pierced to his very soul. He had the most curious sensation of detachment, as though he were no longer the master of his mind or body. Persistent tugs from Curty brought JV out of his trance, and in the split second that it took for JV to blink and refocus, the woman disappeared.
Copyright 2016 Danielle Y. C. McClean. All rights reserved. 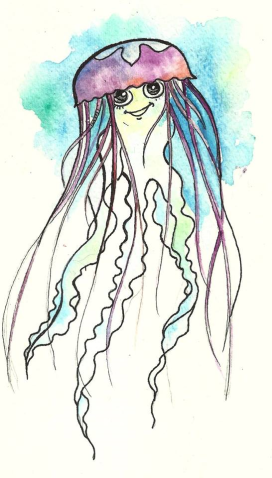 Image from forthcoming Lost! a Caribbean Sea Adventure (Image not part of the mailing but posted to facebook by Caribbean Reads Publishing and as I’m excited about the forthcoming book, I wanted to share).

p.s. one of the cover artists on Protector’s Pledge is Cherise Harris who worked on another children’s picture book of mine, With Grace.

As with all content on wadadlipen.wordpress.com, except otherwise noted, this is written by Joanne C. Hillhouse (author of The Boy from Willow Bend, Dancing Nude in the Moonlight, Oh Gad!, Fish Outta Water, Musical Youth, and With Grace). All Rights Reserved. Seriously, a lot of time, energy, love and frustration goes in to researching and creating content for this site; please don’t just take it up just so without even a please, thank you or an ah-fu-she-subben (credit). If you enjoyed it, check out my page on Amazon, WordPress, and/or Facebook, and help spread the word about Wadadli Pen and my books. You can also subscribe to the site to keep up with future updates. Thanks.