Jewell Parker Rhodes, as the quote above suggests, is an accomplished author – an African-American author. And yet, when I emailed her out of the blue in 2011 to see if she would be willing to contribute two copies of her book Ninth Ward to the Wadadli Youth Pen Prize package, she did just that. With willingness and generousity.

That contribution actually benefited not only the Wadadli Youth Pen Prize but the Cushion Club Reading Club for Kids (my other major volunteer project over the years) – I can’t remember if she sent three or if the overlap was one of the kids who won the book from Wadadli Pen sharing their copy with the Cushion Club, but I know the Cushion Club kids read and loved Ninth Ward. Ninth Ward featured a little girl dealing with life post-Katrina in New Orleans, Rhodes seems to relish putting her young protagonists in the midst or aftermath of big often catastrophic events (e.g. Towers Falling).

Ghost Boys – which shines a light on extra-judicial police shooting of unarmed black men – has been on my to-read list for a while. This book, specifically references Tamir Rice (the death of the protagonist mirroring his) and Emmett Till (killed in the Jim Crow south decades ago for allegedly whistling at a white woman who a few years ago admitted to lying about the whole thing).

I’m talking about Ghost Boys because I’m on the African American Literary Club mailing list and an email announcing Parks’ latest as ‘The #1 Kids’ Indie Next Pick’ just showed up in my inbox. She might not know it but she’s one of ours, Wadadli Pen fam, and we shout out our own. Read the AALBC post about Ghost Boys here.

While we’re here, here are some of the other books for children, teens, or young adults that have been gifted to Wadadli Pen courtesy of the authors and/or their publishers over the years (in case you’re looking for a read). 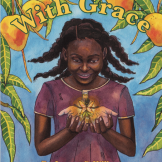 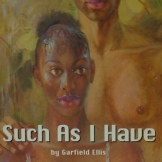 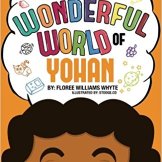 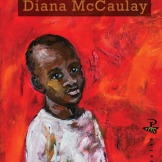 As with all content on Wadadli Pen, except otherwise noted, this is written by Antiguan and Barbudan writer Joanne C. Hillhouse (author of The Boy from Willow Bend, Dancing Nude in the Moonlight, Oh Gad!, Musical Youth, Dancing Nude in the Moonlight 10th Anniversary Edition and Other Writings, Lost! A Caribbean Sea Adventure, and With Grace; also a freelance writer, editor, writing coach and workshop facilitator). All Rights Reserved. If you like the content here follow or recommend the blog, also, check out my page on Amazon, WordPress, and/or Facebook, and help spread the word about Wadadli Pen and my books. Thank you.

Filed under A & B Lit News Plus, A & B WRITINGS, Caribbean Plus Lit News, Links We Love, Literary Gallery, Wadadli Pen News