I spied a comment recently lamenting the difficulty the writer had getting friends and family to read a manuscript, in part or whole. The comment was posted to a writers’ group and the discussion that followed, as happens, seemed a good topic for a post in this space.

First, I understand the writer’s desire for feedback and frustration at the lack thereof. Speaking as a writer myself, I’ve experienced this and, conversely, I’ve experienced writer-editors who’ve been more than generous with their time. One, my friend Gisele, also my editor on the job at the time, returned my manuscripts red inked with edit notes (something she did whether I asked for editorial feedback or not); another, Christine, a writer I’d met at a workshop, gave me some critique notes (after informing me that she only had time to read part of the manuscript) and a suggestion that I apply for the international fellowship to participate in the Breadloaf Writers Workshop. Both were extremely helpful. I made the edits, and I applied and was accepted to Breadloaf with an international fellowship; and I have three books to show for those relationships. While working on draft eleventybillion of the third one of these books, I would read excerpts  to my friend Alstyne (RIP) and though she was not herself a writer, her feedback purely as a reader – what she reacted to enthusiastically or less than enthusiastically, the questions she asked, the commentary she gave – was helpful to me not only in shaping that book but in keeping me going. The thing she gave me that was invaluable was her genuine curiousity about how the story would turn out and her belief not only in the story I was struggling to tell but in me as a writer. Yeah, I miss her.

That’s just a sampling of the times I reached out for and received feedback, and these are the books that came to be as a result – once you add on the editors that actually worked with me on prepping the books for publication.

There were many other times when I reached out to people and did not receive feedback.  Or the time I received only partial feedback  from a certain teenage reader in a very tight window but it was enough to help me figure out if the content, tone, and language of a certain teen/young adult novel would connect with a teenage reader. 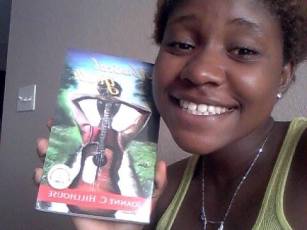 Sometimes, as with the children’s books, I got creative about seeking feedback by sneaking them, blind, in to reading material being critiqued (kids, teen workshop) or testing them on children I would be reading to anyway (children’s reading club, schools). 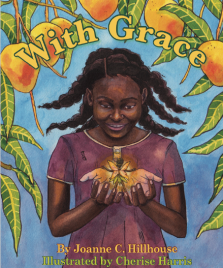 The times when feedback was sought and the answer was either no or no follow through, I may have been disappointed at the time but I wasn’t mad. Honestly. Okay, maybe a little mad but I understood.

See, some of this overlapped with me getting requests to read this, write that from other people and sometimes saying yes even though I knew I didn’t have the time either because I genuinely wanted to, wanted to give back some of what had been given to me, or couldn’t figure out how to say no. So when I say I understood, I understood. The requests to pick my brain or read work became more plentiful after I became a published author i.e. a writer in the public domain. And the thing is each person thinks that they’re not asking much, but it adds up, you know, it takes time.

That’s one of the reasons I added editing and critiquing to my freelance services after a time – (initially with some guilt but) I was doing it anyway and with my time covered, and a commitment made to a client, there was a guarantee that I could get it done and in a timely manner.

The person who inspired this post also griped about the circle not leaving reviews that could help with promotion once a book had been published. I’ve experienced this as well. And it’s frustrating. But I remember, too, the times I’ve been asked to review books. It’s time consuming and a positive review is not guaranteed (at least not from me, nor do I expect them from others if they believe the work doesn’t merit it). I got one of my most scathing reviews from a Caribbean blogger I reached out to and bent over backwards to get the book to, and I have others here and there who took the book and never bothered to post anything. The former is one of the realities of being published, the latter I can’t do anything about except choose more carefully next time. Meanwhile I do try to pay it forward by posting reviews – hence my Blogger on Book series, which I have to admit is more fun than writing reviews for a paying publication (though not financially smart, right?) because I feel freer to review or not review (I never want reading to feel like a chore). That said, I will take those paying review gigs because baby’s gotta eat.

The responses to the original poster was pretty much as I expected though – people are busy, there’s no expectation that they’ll have the time, or interest, if they do, say thank you; if they don’t, accept it without malice. And if they still don’t follow through after saying yes, roll with that too and don’t keep them in your mind; sometimes people are well-intentioned but time is short (been there, both sides).

I suggested some other avenues that have been helpful to me in terms of feedback re  works in progress or, more usually, fresh drafts – and better, in some ways, if you wish to receive constructive critical feedback:

I have benefited from all of these and I offer at least three (see my services here).

As for friends and fam, and writers you know, try to understand, before you ask that it’s a big ask. If they can do it, sure, but, if not, it’s important to remember that everybody’s busy living their life. Frustrating as it can be.

Friends and fam are not always the best critics in any case – though they can be good for encouragement.

Take what you can get and find other avenues.

As with all content on wadadlipen.wordpress.com, except otherwise noted, this is written by Wadadli Pen founder, coordinator, and blogger Joanne C. Hillhouse (author of The Boy from Willow Bend, Dancing Nude in the Moonlight, Oh Gad!, Musical Youth, Lost! A Caribbean Sea Adventure, and With Grace). All Rights Reserved.

Tagged as a big ask, editors, give back some, manuscript, Review, time, with my time covered, workshop