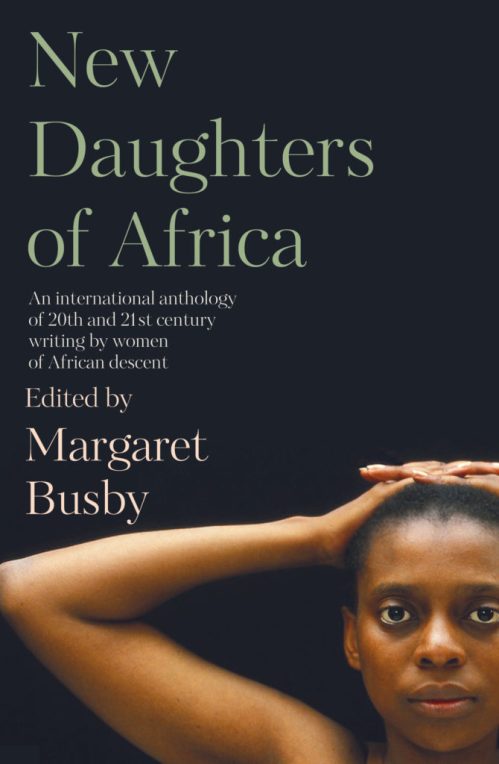 This post seems like a good opportunity to remind you of the imminent release of The New Daughters of Africa featuring works by 200 or more black women writers from all over the world including right here in Antigua and Barbuda.

Honestly, tons more books could be added to this list of 100+ Books by Black Women that Should be Essential Reading for Everyone (some of my essentials are definitely not listed) but it’s a list full of new to me discoveries and that’s always fun – and slightly shaming (why wasn’t I aware of some of these again?). I also am happy to see some of my To Be Reads (TBRs) listed and some (though maybe too few) that I’ve read – some of those read and loved. Sharing the list broken down according to my relationship with the respective books; scroll through…your TBR will thank you.

New discovery: Ghana must Go by Taiye Selasi; We love you, Charlie Freeman by Kaitlyn Greenidge; The Girl who smiled Beads by Clemantine Wamariya; The Parking Lot Attendant by Nafkote Tamirat; Whiskey and Ribbons by Leesa Cross-Smith; How to Love a Jamaican by Alexia Arthurs; The Mothers by Britt Bennett; Here comes the Sun by Nicole Dennis-Benn; The Taste of Salt by Martha Southgate (though I’ve previously read The Fall of Rome, and Third Girl from the Left and Another Way to Dance are already on my TBR); Welcome to Lagos by Chibundu Onuzu; Freshwater by Akwaeke Emezi; The Twelve Tribes of Hattie by Ayana Mathis; The Prisoner’s Wife by Asha Bandele; Who fears Death by Nnedi Okoraforx; The House Girl by Tara Conklin; Stay with Me by Aboyami Adebayo; Halsey Street by Naimi Coster; A Kind of Freedom by Margaret Wilkerson Sexton; The Terrible by Yrsa Ward; The Joys of Motherhood by Buchi Emecheta; Ruby by Cynthia Bond; Behold the Dreamers by Imbolo Mbue; Skin Folk by Nalo Hopkinson; Heads of the Coloured People by Nafissa Thompson-Spires; My Soul Looks Back by Jessica B.Harris; Things I should have told my Daughter by Pearl Cleage; Training School for Negro Girls by Camille Acker; Whatever happened to Interracial Love by Kathleen Collins; Jam on the Vine by Lashonda Katrice Barnett; The Warmth of Other Suns by Elizabeth Wilkerson; Cane River by Lalita Tademy; Jubilee by Margaret Walker; On Black Sisters’ Street by Chika Unigwe; All about Love by bell hooks (though her Ain’t I a Woman: Black Women and Feminism has been on my TBR probably since university); Killing the Black Boy by Dorothy Roberts; The Darkest Child by Delores Phillips; This will be my Undoing by Morgan Jerkins; My Sister the Serial Killer by Oyinkan Braithwaite; Ordinary People by Diana Evans; Washington Black by Esi Edugyan; Under the Udala Trees by Chinelo Okparanta; American Street by Ibi Zoboi; Dread Nation by Justina Ireland; Piecing me Together by Renée Watson; We are taking only what we need by Stephanie Powell Watts; The Woman Next Door by Yewande Omotoso; Kintu by Jennifer Nansubuga Makumbi; How long til Black Future Month? by N. K. Jemisin (though her Broken Earth trilogy is already on my TBR); When they call you a Terrorist by Patrisse Khan-Cullors and Asha Bandele; Rabbit by Patricia Williams; Pushout by Monique W. Morris; So You want to talk about Race by Ijeoma Oluo; Crossing the Mangrove by Maryse Conde (though her I, Tituba, Black Witch of Salem by Maryse Conde (translated by Richard Philcox) is already on my TBR); Allegedly by Tiffany D. Jackson; Little & Lion by Brandy Colbert; Daddy was a Number Runner by Louise Meriwether; Ordinary Light by Tracy K. Smith; Freedom is a Constant Struggle by Angela Y. Davis (though I’ve previously read Women, Race, and Class).

Not a new discovery but haven’t read: Beloved by Toni Morrison (though I have read The Bluest Eye, Sula, my fave Song of Solomon, Jazz, Love, and have made a few attempts with Paradise, which I will return to again, and Playing in the Dark: Whiteness and the Literary Imagination is on my TBR and Tar Baby should be, I think); Krik? Krak! By Edwidge Dandicat (though I have read Breath Eyes Memory, The Farming of Bones, Create Dangerously, Eight Days: a Story of Haiti, part of Claire of the Sea Light which is on my TBR and also on my TBR Untwine, Anacaona, Behind the Mountains, Brother, I’m Dying, and The Dew Breaker – I’ve also read a number of her short stories, seen her short film, and she’s just one of my literary GOATs); Assata by Assata Shakur; Dear Martin by Nic Stone; The New Jim Crow by Michelle Alexander; Why I’m no longer talking to White People about Race by Reni Eddo-Lodge; We need New Names by NoViolet Bulawayo; She would be King by Wayétu Moore; Becoming by Michelle Obama.

Already on my TBR: The Women of Brewster Place by Gloria Naylor (though I have seen the movie and another of her works, Mama Day, is also on my TBR); The Sun is also a Star by Nicola Yoon; Children of Blood and Bone by Tomi Adeyemi (though that Nora Roberts kerfuffle was not a good look); Kindred by Octavia Butler (her Parable of the Sower is also on my TBR); White Teeth by Zadie Smith (her On Beauty is also on my TBR); What we lose by Zinzi Clemmons; Americanah by Chimamanda Ngozi Adichie (have previously read The Thing Around Her Neck and Half of a Yellow Sun has been on my TBR for a while); Homegoing by Yaa Gyaasi; The Great American Read by Tayari Jones (loved her book Silver Sparrow and am eager to read this one); Gathering of Waters by Bernice L. McFadden (have read Sugar and Glorious by her and also have The Book of Harlan on my TBR); Sing, Unburied, Sing by Jesmyn Ward; The Girl who fell from the Sky by Heidi W. Durrow; What it means when a Man falls from the Sky by Lesley Nneka Arimah (have been loving her short stories like Who Will Greet You at Home and Light – linked from my JWP Reading List); Another Brooklyn by Jacqueline Woodson (whose Brown Girl Dreaming is also on my TBR); Negroland by Margo Jefferson; Bad Feminist by Roxane Gay (her books An Untamed State and Difficult Women are also on my TBR); The Street by Ann Petry (and her Harriet Tubman biography is also on my TBR); Wench by Dolen Perkins-Valdez (and also Balm are on my TBR); Sister Outsider by Audre Lorde; Sister-Citizen by Melissa Harris-Perry; The Poet X by Elizabeth Acevedo; Beneath the Lion’s Gaze by Maaza Mengiste; and Dust by Yvonne Adhiambo Owuor.

Read excerpts (plan to read more): The Turner House by Angela Flournoy; and The Star Side of Bird Hill.

Read In whole: The Hate U Give by Angie Thomas (actually via audio book and saw the film as well); Push by Sapphire (and saw the movie Precious it inspired); Nervous Conditions by Tsitsi Dangarembga (and saw the short film Everyone’s Child by the writer-filmmaker); Their Eyes were watching God by Zora Neale Hurston (her new novel Barraccoon is on my TBR, and I’ve also read I Love Myself When I Am Laughing … and Then Again When I Am Looking Mean and Impressive: A Zora Neale Hurston Reader edited by Alice Walker and Valerie Boyd’s Hurston biography Wrapped in Rainbows, as well as short stories like The Conscience of the Court by Zora Neale Hurston, linked in Reading Room and Gallery 19); I know why the Caged Bird Sings by Maya Angelou (as well as Gather Together in My Name, Singin and Swingin and Getting Merry Like Christmas, The Heart of a Woman, All God’s Children Need Travelling Shoes, her collected Poems, On the Pulse of Morning, Wouldn’t Take Nothing for My Journey Now, and Even the Stars Look Lonesome…plus other engagements with her creativity in film etc.); Lucy by Jamaica Kincaid (also Annie John, The Autobiography of My Mother, My Brother, Mr. Potter, A Small Place, and See Now Then); The Colour Purple by Alice Walker (also Temple of My Familiar, Possessing the Secret of Joy, Her Blue Body Everything We Know: Earthling Poems, In Search of Our Mother’s Gardens: Womanist Prose, and Living by the Word – probably other stuff too but those are the main ones); Drinking Coffee Elsewhere by ZZ Packer; Brown Girl Brownstones by Paule Marshall (also Praisesong for the Widow and Daughters as well as short story and non-fiction as found in Reading Room Xl); and Ugly Ways by Tina McElroy Ansa.

… and after getting sucked in to that particular wormhole of books read and unread, all I can think is wow, that escalated quickly.

As with all content on wadadlipen.wordpress.com, except otherwise noted, this is written by Wadadli Pen founder, coordinator, and blogger Joanne C. Hillhouse (author of The Boy from Willow Bend, Dancing Nude in the Moonlight, Oh Gad!, Musical Youth, Lost! A Caribbean Sea Adventure, and With Grace). All Rights Reserved.

Remember to vote for your favourite book by an Antiguan and Barbuda, 2017-2018.