Musical Youth Reflection after Release of the Second Edition

The thing they don’t tell you about your book coming out is how busy you’ll be, too busy sometimes to take it in – and depending on what else is going on in your life not necessarily anything close to the high the moment demands. It’s not ingratitude that has you thinking, when another person says “congrats”, “what for?” – you’re just too tired, maybe even too stressed to remember that there’s even something to celebrate. And there is, there is. This book, your first or your 15th, is the culmination of so many hours of dreaming and working, is the fulfillment of so much possibility and improbability, it’s ingratitude not to be grateful for it. And that feeling can add to the stress as well. But hang in there, a time will come, maybe on a random Wednesday afternoon about a week or so late too late when the feeling will hit you. Feel it. You did that.

And with that, I’m here to say that I’m about a week late on posting here about the release of the 2nd edition of Musical Youth.

Let me tell you about this book. It’s about creative teens doing creative ish like me and my pals did in our teens, all the while learning and growing. You know already (maybe) that I wrote it in a fortnight and took a shot at submitting this very rough thing (unedited and beta read only by my teenage niece which made sense to me at the time since she was the target audience) to the CODE Burt Award inaugural competition for teen/young adult literature with a little gentle prodding from my sister and the guy at the first book binding place I tried. Yes, I had to get it printed, bound and Fed Ex’d to Trinidad – talk about investing in yourself.  I was checking my email about 3 a m or so one morning months later when I received the news that I had made the short list and immediately called Alstyne (the person who always made sure I stopped to celebrate but who has since passed over but) who was still very much alive then and joined me in screaming and can you believing over the phone. I travelled to Trinidad and came home to no fan fair (which a friend of mine still gripes about) though, honestly it didn’t occur to me then to expect anything. It seemed to me that I had won more than I had dared hope when I submitted the manuscript. Did part of me wish I had won? Of course but the winning book AdZiko  Gegele’s All Over Again is delightful and I am happy to be in company with it and Colleen Smith-Dennis’ Inner City Girl as the first in a series of award winning Caribbean books targeted at contemporary teen readers in the region, with appeal for lovers of good literature everywhere. This book has taken me places (and through CODE, Burt, and Bocas – the entities funding and/or administering the prize – I’ve had opportunities to judge, organize and run a workshop, mentor, and more) and these characters are among my favourites that I’ve written – so much so that I’m working on a sequel (I have been pretty much since the beginning but this past week have legit done some work on it).

Writing hasn’t made me rich in a way that the world recognizes (the opposite probably) but I love being able to write and tell stories that reach people in some way, and I love that one of those books has seamlessly rolled in to a second edition. Yes, I have had second editions of my books before (notably The Boy from Willow Bend and Dancing Nude in the Moonlight) but usually it’s more bumpy (involving a book underperforming and/or going out of print, the legalities of reclaiming rights, the challenges of finding a new publisher); the publisher reaching out to say that the book has performed well enough for them to justify investing more in it, is a different corner turned in the winding road I’ve taken as a writer, journeying. The closest comparison is, again, The Boy from Willow Bend which has had longevity as my first book.

It is a week or so after Caribbean Reads, an independent press with roots in St. Kitts, announced that they have released a second edition of Musical Youth, and I am grateful (whatever else is going on in my life now, and there is a lot that’s not perfect, but I am grateful, this #gyalfromOttosAntigua is grateful).  Shout out to the friend who made me stop to toast the moment. As for my journey with Caribbean Reads (one of four publishers with which I have books currently contracted – the others being Hansib -The Boy from Willow Bend, Insomniac – Dancing Nude in the Moonlight, and Little Bell Caribbean – With Grace), when faced in 2014 for the first time really with the opportunity to choose from among several regional publishers interested in publishing the Burt winning titles, I was uncertain which way to go – which was positioned to do the most for the book, which would be most invested in working with me like I wasn’t an afterthought (which can happen with big publishers), which would be fairest; so many uncertainties in my mind as I narrowed my options to the three or so I was giving serious condition.  I honestly don’t remember  what tipped it in Caribbean Reads’ favour (and, no, it wasn’t just that of all the options it was, as an imprint with Eastern Caribbean roots, closer to home) but I haven’t regretted it yet – and, in fact, I was able to sell them on  a re-issue of another book I had reclaimed from a publisher I felt wasn’t doing anything for it (those uncertainties I spoke about) and re-issue that book as Lost! A Caribbean Sea Adventure which now has a Spanish language edition with an activity book pending.

I believe in Musical Youth and I am delighted that readers both at home and abroad continue to discover and embrace it, and I hope for much much more (and bigger and bigger sales – let’s keep it real) as the book moves in to its second life. Thank you to everyone who has been there in whatever way you have been there. I am grateful.

Here is Caribbean Reads announcement re the re-issue (excerpt):

“Musical Youth is the first of two Burt Award winners published by CaribbeanReads, the second being The Protectors’ Pledge by Danielle Y. C. McClean. The success of these titles speaks to the fact that we need Caribbean books and, more generally, #weneeddiversebooks.” 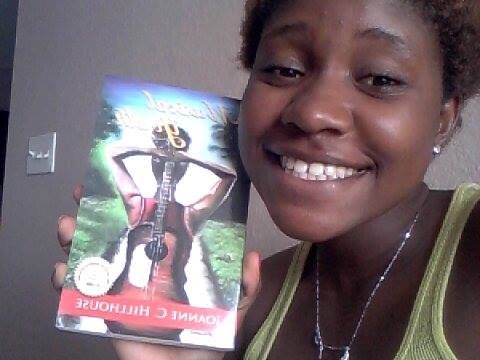 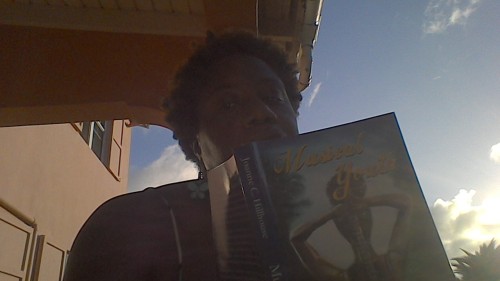 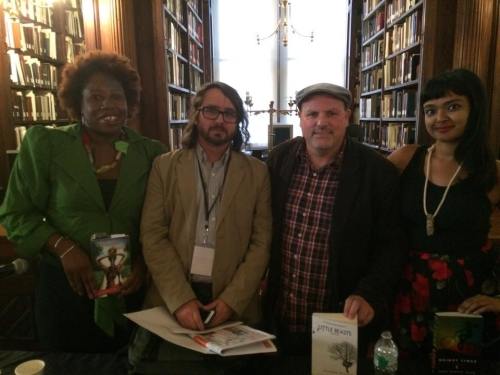 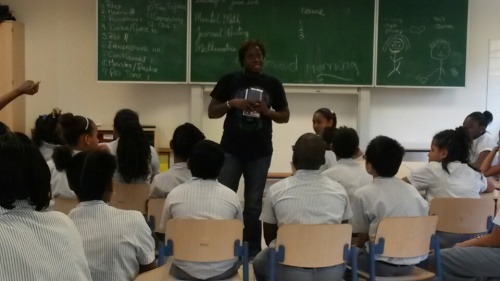