You thought the first ever Antigua Con was going to be stopped by the rains that persisted on August 17th 2019 just because it’s an outdoor activity (on the Environment Division Grounds)? Come on, now, fangirls and boys don’t melt in the rain…they have that superhero armor. 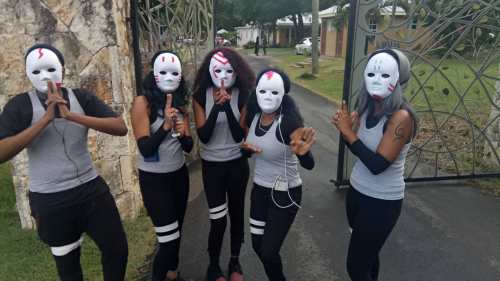 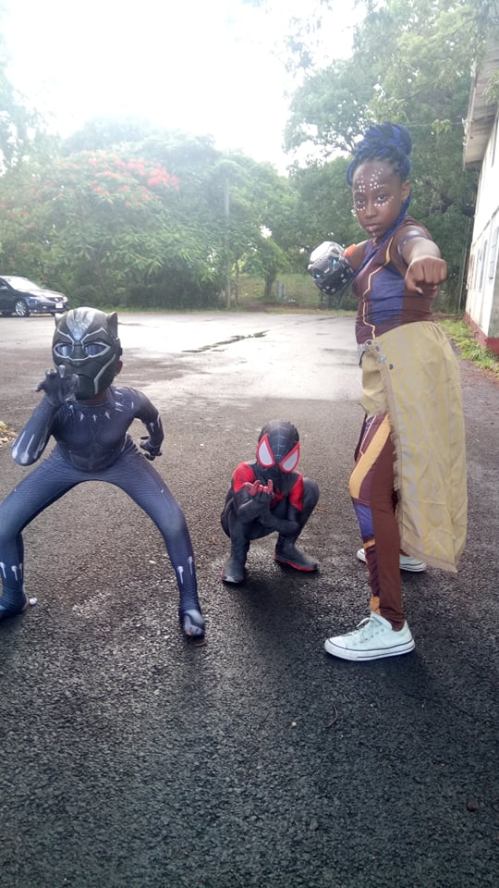 There was an opening parade, a Carnival fare feel with various food vendors (sno-cones to cooked food) on site as costumed characters played,

face painting, bounce castle, and, shall we say, passionately-engaged comic book panels in true comic-con fashion. Not sure what a comic-con is? It’s a meet-up of comic book fans – including fans of not just the comic books but the films and TV shows, and also not always just comic books (Japanese anime to Marvel films to your favourite book or TV show with fantasy features, influences are everywhere). There are multiple such events all around the world – New York, which dates back to the 1960s, being the earliest and one of the biggest. Make no mistake, this is a global phenomenon, including right here in the Caribbean with Barbados’ AnimeKon, Puerto Rico’s PR Comic Con and Jamaica’s Anime Nation (source: Naomi n Doll’s Convention and Cosplay Culture in the Caribbean).

Cosplay in which fans dress up as a favourite character (like I did when I played the mango tree faerie from my book With Grace during Carnival 2017) is a huge part of any comic-con. A culture steeped in Carnival can presumably easily grasp and embrace cosplay (hell, I did the entire Wadadli Book Fair in 2017 wearing a literal Carnival mask and a pirate hat from a past Carnival J’ouvert troupe). So, I say bring on the costumes.

The young man in orange and black, Jeremiah Toussaint, cosplaying as Bill Cypher from Disney animated series Gravity Falls, was adjudged the winner. The day’s other big winners – and of particular interest to us here at Wadadli Pen (given our track record with lit and visual arts challenges for young people) – were Trinity Archibald and Lemuel Richards, who secured the bag in the 12 to 15 and 16 to 19 age categories of the Antigua Con art competition. Their challenge was to design an Antiguan (and presumably Barbudan) superhero. As long time fans of the Caribbean Justice Alliance superhero art series, or other forays in to drawing our reality through art generally, and specific to this piece, the lens of the comic/animation genre/s, I think they did pretty good. 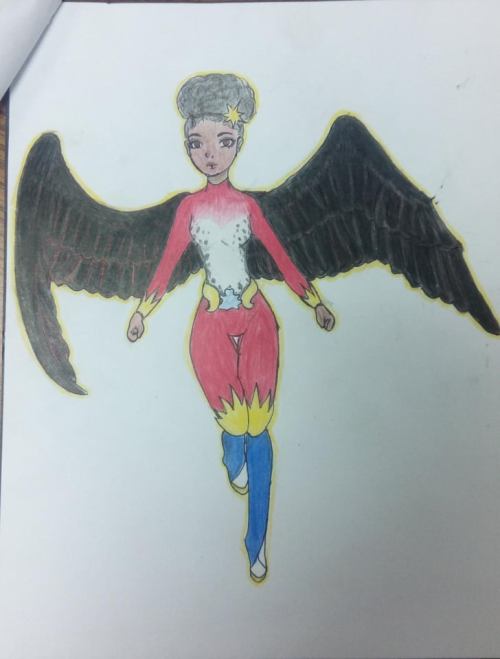 Of the Comic Soup panel, Toussaint said, a variety of topics were discussed, and just as importantly, “new friends were made, people learned stuff, and the Comic Soup group gained a few new members.”

Other event features included a graphic design workshop led by Sonali Andrews, whom you may remember did the Team Antigua Island Girls graphic featured on the site some months ago – “their discussion went on quite past the allotted time; there was real interest there,” according to Toussaint; drawing with Maurizio Martin; a gaming station; a Purple Dragon martial arts display; and performances by Shiva’s School of Dance, and soca singers Drastic and Ezzy Rattigan, a former Party Monarch winner, with DJ Soundmaster.

So, was Antigua and Barbuda ready for its first comic-con? Seems so. Toussaint reports “we had a decent turn out, about 80 persons at peak, most of which were in costume or had Cosplay elements or paraphernalia.” 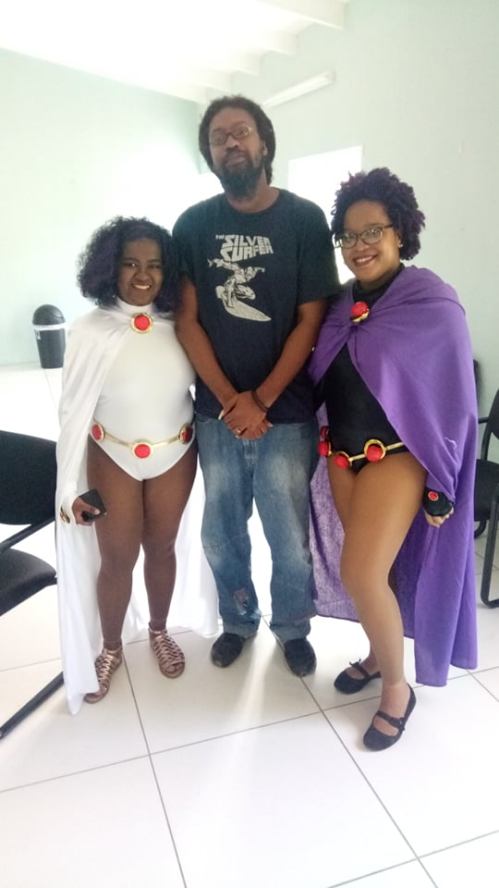 We here at Wadadli Pen embrace anything that pushes artistic expression and youth engagement, and so we stan this. Congrats, AnuCon268.

Filed under A & B Lit News Plus, Caribbean Plus Lit News, Links We Love, Literary Gallery, Wadadli Pen News