I’ve already shared reflections on the 2019 Jhohadli Summer Youth Writing Project – my summer writing camp. I’m not here to re-invent the wheel. But some other things (pictures, parent/guardian feedback, sample writing) have come in that I want to share. And then there’s also the question of what happens next. 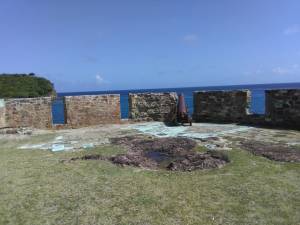 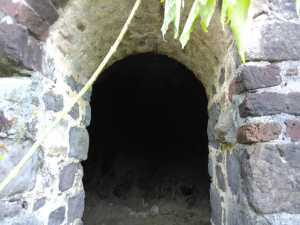 If you read the original reflections, you’ve seen participant feedback but parent/guardian feedback re the JSYWP has also found its way to me. One wrote, “Thanks, this was indeed a great experience and helped both my daughter and my Antiguan Geography as a parent.”. Another wrote, “Thank you. My cousin had a great time. I’m happy that he was able to learn something new as well as visit new sites on this trip.”

A couple of the participants have also emailed sample writing from one of our writing exercises (which I requested they send to me simply because I wanted to have them). I won’t share the entire pieces but I’ll excerpt a couple of spots that jumped out at me – with context. These pieces aren’t polished, they are first drafts of a writing exercise, but I was impressed with them for committing and zeroing in on moments of particular detail and exploration, in their meditation on their chosen colour, and their willingness to share (they’re bolder than I was at their age).

“Antigua In Blue must start with the sky, which reflects onto the ocean on which boats float.” – I like how this opening sentence starts with a solid (albeit somewhat cliched image) and right away finds a rhythm without forcing a rhyme.

“The blue color of Antigua makes me anything but blue.” – I like the shift from colour to mood.

“I even saw this one guy playing a plain blue guitar.” – I like quirky and this is a quirky way to end a meditation on the colour blue.

What you’re not seeing, because I’m not sharing the entire poem (because it’s a rough draft of a writing exercise by a teen), is the sensory overload, particularly of sight, related to the colour blue. The exercise was about sense-detail and mission accomplished on that score, but also points for pushing the meaning of blue and its sensory effect beyond the elemental.

“Flap, flap, flap, the purple plastic flags go.” – I like the free associative random quality, the use of onomatopoeia, the detail (in terms of sound and imagery), and the fact that it alludes whether deliberately or instinctively to Antigua and Barbuda’s ‘war’ against all things plastic with a plastics ban which met with some resistance.

“Beads, yarn, thread, look at that periwinkle head.” – I like the turn here – whether (per the beads etc.) it is a created or real periwinkle head, it’s not exactly expected and that makes it, for me anyway, an interesting choice in a draft poem of interesting choices – “Sliced up dragon fruit looking funny, a nice looking magenta with grape on the side.” There were times when her writing more so than any of the others took on a symbolic and sometimes dreamlike quality especially where she committed to the sense impression without trying to make it make sense.

As I’ve told the writers, all of these pieces need work but, though there were varying levels of interest and application, I never felt like I was starting from scratch with them. It made listening to and giving feedback on their responses to our various writing exercises interesting for me as well.

I think of it as write-play (just coined) for the idea of allowing the writing to just-be. Craft is important and we got there but what I like about write-play is the way it can shake the shackles off the imagination and encourage exploration. There are specifics about the writing exercise I’m not mentioning here – you’ll have to participate in one of my workshops for those details – but the outcome is what I had hoped and beyond.

I’m thinking of continuing the JSYWP during the year – maybe one or two Saturdays per month if there’s any interest. So, is there, any interest? Send expressions of interest for ongoing writing tutelage for teens to jhohadli at gmail dot com

As with all content on Wadadli Pen, except otherwise noted, this is researched and written by Antiguan and Barbudan writer Joanne C. Hillhouse (author of The Boy from Willow Bend, Dancing Nude in the Moonlight, Oh Gad!, Musical Youth, Dancing Nude in the Moonlight 10th Anniversary Edition and Other Writings, With Grace, and Lost! A Caribbean Sea Adventure and its Spanish language edition; also a freelance writer, editor, writing coach and workshop facilitator). Excerpting, reblogging, linking etc. is fine, but PLEASE do not lift ANY content (images or text) wholesale from this site without asking first and crediting the creator of that work and/or copyright holder. All Rights Reserved. If you like the content here follow or recommend the blog, also, check out my page on Amazon, WordPress, and/or Facebook, and help spread the word about Wadadli Pen and my books. Thank you.

Filed under A & B Lit News Plus, A & B WRITINGS, Links We Love, Literary Gallery