When I started Wadadli Pen in 2004, it was purely fiction. The most obvious reason is that I am myself a fiction writer and I wanted to promote the art/craft of storytelling/creating fictions. It’s also possible that this is the genre in which I felt most comfortable. It’s possible as well that I observed that many when wading in to writing seemed to see poetry as more accessible, easier even. It isn’t.
Reading this article in Lit Hub about eco-fiction reminds me that my unspoken hope with the Imagine a Future climate change themed component of the 2020 Wadadli Pen Challenge was to get people telling stories – as in I was more interested in world building and what that world would look like if climate change beat us or if we beat it. I enjoy experimenting with short story and have been trying my hand at speculative fiction; so that interest may have been a factor. Plus I was curious – spurred by a blend of recent real world stories, from hurricane Irma and the ghosts of hurricanes past (which inspired my own as yet unpublished short story Frig It! and partially inspired The Night the World Ended, published in The Caribbean Writer) to teenage climate activist Greta Thunberg crossing the world in a wind-powered vessel to take the leaders of the world to task to the teen climate strike that she inspired to a story I read about a little boy very afraid of the future in a world where climate change is an already unraveling certainty. I wanted to give that little boy (and all the children of Barbuda so traumatized by Irma) an opportunity to tell his/their story, to Imagine a Future. That was my goal.

I haven’t read any of the entries – 57 of them – yet. But I have noted that poetry entries have edged out fiction 29 to 23 with 2 creative non-fiction and 2 genre unspecified entries, and 1 art entry. Only 5 of the 57 entries clearly indicated on their entry forms that they wished to be considered for the Imagine a Future prize – 3 of those poems, 1 the art entry, and only 1 fiction. Could be that there are more climate change themed entries in the lot – and I’ll leave identifying those to the judges’ discretion – but if I’m going by those numbers, I have literally one Imagine a Future fiction to read. And I’ll admit to being a little disappointed by that – I was looking forward to reading those futures. I’ve been wondering how I could have more enthusiastically communicated that (and should I have insisted that writers imagine a future without using those words to better emphasize that they were to lift the idea not the actual words). I don’t know.

I’m not disappointed with this year’s crop of submissions overall though – the total number is roughly our usual average, and is more than I thought we’d be getting when up to the submission deadline there were almost literally no submissions. Then they all came in at once (because why make our lives easier lol). It took a week with two of us on duty to get the entries processed and out to the judges. But they are out. And if you’re getting ready to ask when’s the awards ceremony, not for a minute. Wadadli Pen, you may remember, has two rounds of judging, roughly two-to-three weeks on each side – and the in-between is where we post the short list and get the short listed entries out to the writers/artists with the judges’ edit notes so that the writers can review, consider the edit notes if they wish, improve their pieces, and re-submit. We do this to satisfy our goal for Wadadli Pen to be developmental – helping budding writers become stronger writers, and to give some sense of what it is to work with an editor as one would if submitting a piece for publication. It’s an extra speed bump but though we do reach out to patrons to attract the best prizes we can, this was never meant to be just a competition.

So, there’s that. It’s inconvenient work – we’re all pretty stretched (understatement) – but necessary if we are to do what we set out to do fully, which is to nurture and showcase the literary arts in Antigua and Barbuda.

We’re happy to see some returning writers (and past finalists) but especially happy that first time entrants dominated, that there was at least one collaboration – we haven’t had that since season 1 (and that was not a joint submission), that a number of schools that hadn’t shown up before in our listings responded this time, that a couple of church and youth groups worked with their young people to submit, that the young ones remain the MVPs on interesting takes on life. Their writing may not be as disciplined (?) as the older ones (who have a better sense of story structure and a more evolved sense of language) but they are almost always more interesting (less weighted by clichéd language and overly familiar tropes). Challenge dropped, older writers! Think the impossible and write that! Anyway, there is a lot to be happy about with this year’s response and always room for improvement. 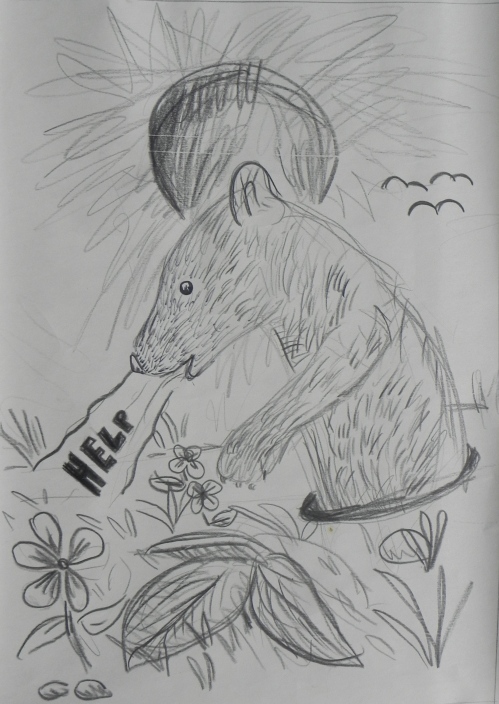 (Past art winners – one by a child, one by an adult – just because; check out all past Wadadli Pen winners here – again, just because)

I’ll wait until the short list to tell you which schools are in the running for the prize with the most submissions but I will say that the entrants came from 18 primary, secondary, and tertiary institutions locally – and there was one off-island entry, though that institution isn’t eligible for the prize (sponsored by Caribbean Reads). We do appreciate the local educational institutions that stepped up and, as those that didn’t, we know we still have work to do. We have to figure out for instance why even with direct mailings to educators and connected people on our sister island, and a specially named prize Wa’oMani, and a unique story to tell we had, yet again, sigh, no Barbuda submissions. We’re not casting blame, it’s our challenge to figure out. Another challenge, how to get more boys writing! At last count, we were uncertain of the gender of 12 of our entrants, but among those who specified gender on the forms, we had only 12 submissions from males compared to 34 from females. Why? We’ve got to keep trying to motivate participation from all genders for all the reasons that self-expression and creative exploration can expand the inner and outer world of any person, and especially our young people. Writing, like reading, creating generally, is not just a girl thing. 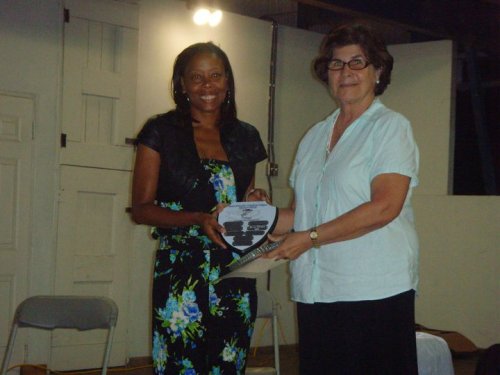 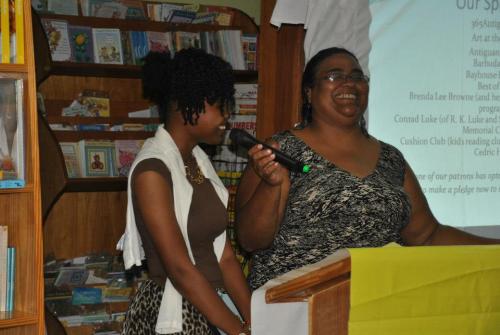 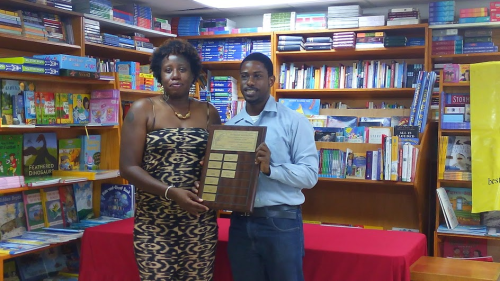 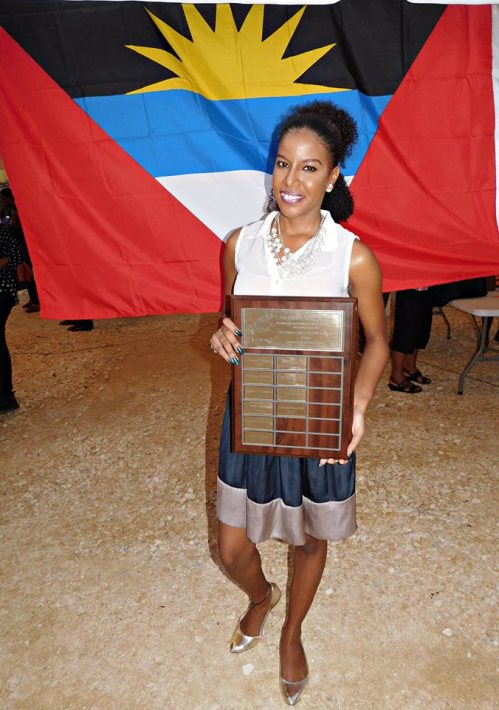 Another point of reflection, I have been feeling feelings about the fact that youth is privileged in the Wadadli Youth Pen Prize Challenge. It’s totally my doing. In fact, initially it was limited to age 16 and younger (using the school graduation age as our guide) before being expanded to 35 and younger (using the UN definition of youth). Over the years, this age-ism has come in for criticism but we had to be realistic about what we, a rag tag group of volunteers (a team with some solidness only since 2016; before that me and whomever I could corral for temporary duty), could reasonably take on – a national literary prize for the entire nation was not it. Even knowing that we are not the powers that be, whose duty literary arts development is, and are already stretched (such an understatement), I’ve been feeling bad about there not being a similar initiative for anyone over 35 in Antigua and Barbuda. As if your creativity dries up somewhere in your 30s. I know there are 48, 39, 69, and 98 year olds out there with their own stories to tell – where is their platform, right? Well, perhaps I shouldn’t have worried because the response from the older eligibles was loooow – like single digits low. Nine 18 to 35s; 15, maybe 16, 13 to 17 year olds; and (wowza!) 34 7 to 12 year olds…no 6 and younger, so maybe that was too ambitious (*shrug* it was a suggestion, we tried it).

Thanks for playing; we look forward to reading; and we’ll be back in time with the results. – Joanne C. Hillhouse, founder and coordinator of the Wadadli Youth Pen Prize