Here, Wadadli Pen will be celebrating award wins (including sometimes award nominations and long and shortlisting, and  accolades received) by Antiguan and Barbudan writers. It came about because I’d bump in to laudatory accomplishments (beyond publishing) but couldn’t figure out where to put them. The Antiguan and Barbuda Writings pages are bibliographies, and neither the Reviews page nor the journal publications page were right. So, here we go. Please note, this page is a work-in-progress. As with the other named sections, it will be updated somewhere between when I find updates and when I find the time to post them. I’m not ranking the awards at this point (some are local, some regional, some international, some prestigious, some not so much…I’m just adding them as I can). No omissions or errors (and there are plenty, no doubt) are intentional. As always if you have information that will help me flesh out the content, let me know. Conversely, if you wish to be removed, no problem, just let me know that too.

Wadadli Youth Pen Prize Challenge wins are not listed here but if you want to see the winners of that in-house prize through the years, go here.

Joanne C. Hillhouse’s short story ‘Freedom Cup – The Games are Coming’ was one of 30 stories long listed for the Brooklyn Caribbean Literary Festival Elizabeth Nunez Award for Writers in the Caribbean

– Canada-based Antiguan and Barbudan writer Gayle Gonsalves was a National Indie Excellence Finalist in Canada in the multi-cultural category for her novel My Stories have No Endings. She also placed second in the Women’s Fiction category of the Colorado Independent Publishers Association and CIIPA Education and Literacy Foundation’s awards.

Ripped Bodice Awards for Excellence in Romantic Fiction (2020) – Rilzy Adams, Go Deep. Adams has also been nominated for other books and other industry awards – Swoonies, Black Girls Who Write (Go Deep nominated for Best Black Erotica), and Rebel Women Lit readers choice among them (making it on to short lists in some cases).

. There were several other nominees from the Wadadli Pen family and from Antigua and Barbuda; full list of nominees can be found here.

The Hammers of Towan: a Nineteenth Century Cornish Family by Sue Appleby shortlisted for the Cornish Publishers’ Award – the Holyer An Gof in the non-fiction category.

Joanne C. Hillhouse’s short story ‘Vincent’ was one of 21 stories long listed for the Brooklyn Caribbean Literary Festival Elizabeth Nunez Award for Writers in the Caribbean

The Directorate of Gender Affairs held its first ever Women of Wadadli Awards – a number of artists were recipients – Heather Doram (visual artist) for Culture, Noreen Phillips for Fashion, Wadadli Pen founder and coordinator and author Joanne C. Hillhouse for Literature, Colleen Simpson (author of A Likkle Bit a Dis & a Likkle Bit a Dat) for Culinary Arts, dramatist, photographer, writer, and educator Zahra Airall for Fine Arts, Wadadli Pen partner and patron and a writer and dramatist in her own right Barbara Arrindell as a Change Maker, Marion Byron for Music, Mickel Brann for Media/Journalism, and Mako Williams, who is also a visual artist, for Science and Technology. Details in this WoW article in Observer

New Daughters of Africa edited by Margaret Busby nominated for an NAACP Image award in the literature category for fiction – it includes the short story ‘Evening Ritual’ by Joanne C. Hillhouse

The top three winners in category 12-16 years
1st Sontee’ Beazer – “Independence”
2nd Jontae Cornelius -“What Independence Day Means to Me”
3rd Kaleb Kidane Hatton – “What does Independence mean to me”.

The PEN America Literary Awards Longlist – The Circuit: A Tennis Odyssey by Rowan Ricardo Phillips longlisted for the PEN/ESPN AWARD FOR LITERARY SPORTS WRITING ($5,000) To honor a nonfiction book on the subject of sports published in 2018

Richard Georges who was born in Trinidad and resides in the BVI but has Antiguan roots was longlisted for the OCM Bocas Prize for his poetry collection Giant.

Jamaica Kincaid is announced as winner of the Dan David Prize for being “one of the most important and influential writers today”. This prize is administered by Tel Aviv University 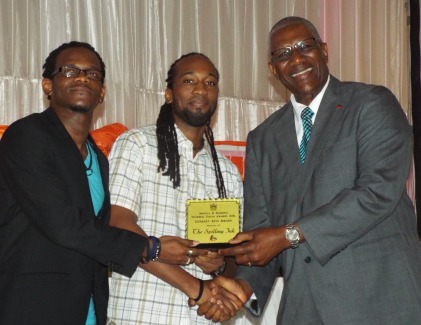 Chrys-ann Ambrose receives an Indie Author Legacy Award (non-fiction) for her book Operation Game-Plan. Held for the first time in 2016, the award was designed to specifically celebrate non-fiction literacy geared towards the promotion of social awareness, education and personal transformation

Lady of Parham, a David Edgecombe play set in Antigua and Barbuda, is short listed for the Guyana Prize for Literature Caribbean Awards for Best Drama

Joanne C. Hillhouse receives the Caribbean Writer Flash Fiction Prize for the story ‘When we Danced’. 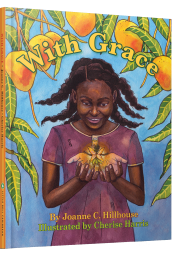 Joanne C. Hillhouse’s fairytale ‘With Grace’ earns honourable mention in the Desi Writers Lounge fiction contest – The story goes on to be published as a children’s picture book released in December 2016. 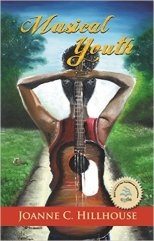 Linisa George is selected as Antigua and Barbuda’s representative to the Poetry Parnassus festival in London, an Olympics adjacent event which included a representative from each participating country; her selection (Brown Girl in the Ring) was subsequently published in a collection called The World Record 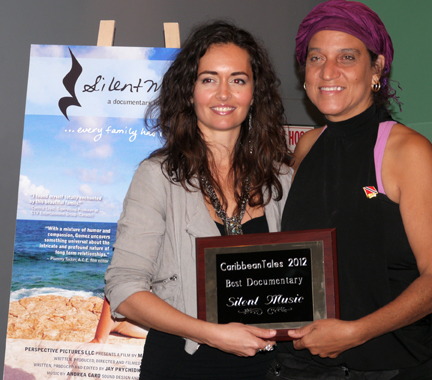 Rowan Ricardo Phillips is a Los Angeles Times Book Prize finalist for poetry, for The Ground

Joanne C. Hillhouse receives a certificate of recognition from JCI West Indies as one of Ten Outstanding Young Persons in the region.

Dorbrene O’Marde receives the Friend of the Arts Sunshine Award

Rev. Denise Smith-Lewis wins poetry and story prize; and Shakeema Edwards wins the story prize in the 12 and 17 age category (also a runner-up, poetry and spoken word) in the Antigua and Barbuda Independence Literary Arts Competition

Althea Romeo-Mark is awarded the Marguerite Cobb McKay prize by The Caribbean Writer for the short story ‘Bitterleaf’ which had been published in 2008, Volume 22

V-Monologues literary prize to Shakeema Edwards from Women of Antigua; who that year also wins the Dancing Nude in the Moonlight Next Chapter contest sponsored by the Best of Books

National Awards – Officer of the Most Precious Order of Princely Heritage, OH – Dr. Bille Dyer & Knight Commander of the Most Distinguished Order of the Nation, KCN – Keithlyn Smith 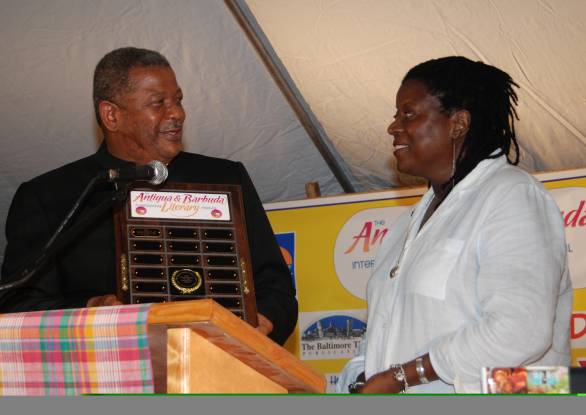 Carolyn Providence is nominated for the Best Spoken Word album at the National Underground Spoken Word and Poetry Awards.

Ashley Bryan – the Atlanta Literary Festival was named for him and he also received the University of Southern Mississippi Medallion from the Fay B. Kaigler Children’s Book Festival

Joanne C. Hillhouse, Joy Lawrence, Sylvanus Barnes, and others received a UNESCO Honour Award for contribution to literacy and the literary arts in Antigua and Barbuda

Jamaica Kincaid receives the Prix Femina étranger for My Brother

Jamaica Kincaid’s The Autobiography of My Mother is a finalist for the National Book Critics Circle Award for fiction (USA), the PEN Faulkner Award , and Boston Book Review Fisk Fiction Prize; also a National Book Award nominee for My Brother

Joanne C. Hillhouse second placed in the Rick James Ensemble One Act Play Competition with the play ‘Barman’s Blues’; Zahra Airall wins a prize in that same competition as the Youngest person to enter

The Canadian Children’s Book Centre “CHOICE AWARD” for children’s book: How The East-Pond Got Its Flowers – Althea Prince

Ashley Bryan receives an Illustrator honour award from the Coretta Scott King Book Awards for What a Morning! The Christmas Story in Black Spirituals

Ashley Bryan – Coretta Scott King Honor for writing and illustration, Lion and the Ostrich Chicks and Other African Folk Tales

Roy H. S. Dublin’s Tomorrow’s Blossoms, first published in 1934 to commemorate the tercentenary year of the colonization of Antigua and the centenary year of emancipation, is awarded the King’s Medal

PEN Award for his journalistic work to Leonard Tim Hector

As with all content on Wadadli Pen, except otherwise noted, this is written by Antiguan and Barbudan writer Joanne C. Hillhouse (author of The Boy from Willow Bend, Dancing Nude in the Moonlight, Oh Gad!, Musical Youth, Dancing Nude in the Moonlight 10th Anniversary Edition and Other Writings, With Grace, and Lost! A Caribbean Sea Adventure; also a freelance writer, editor, writing coach and workshop facilitator). All Rights Reserved. If you like the content here follow or recommend the blog, also, check out my page on Amazon, WordPress, and/or Facebook, and help spread the word about Wadadli Pen and my books. Thank you.