Have you been keeping up with my CREATIVE SPACE series covering local art and culture? I say local but there’s been some regional spillage. The second issue of May 2020 (the series as of 2020 is running every other Wednesday in the Daily Observer with an extended edition on my blog), however, covered Antiguan and Barbudan Art of the Century.  ‘Heather’s picks: Mark Brown’s Angel in Crisis series – a 2008 visual art show described in international publication The Culture Trip as “a provocative contemplation of the human condition”. She credited “the depth of the pathos”.’ That’s just one  of three picks by Antiguan and Barbudan visual artist Heather Doram. Read about her other picks, and picks from other artists. Tell me about your picks. In case you missed any of the previous installments in the series, they are archived on the Jhohadli website.

The country (Antigua and Barbuda), like much of the world, has been reopening – cross your fingers. Some are being real reckless; don’t be like them. COVID-19 is still very much with us; this is economic expediency not an all-clear sign.

Carnival remains cancelled – for the first time in my lifetime.

A little help from the Caribbean Development Bank for people in the creative industries who’ve suffered loss of income due to COVID-19. Specifically to the festivals sub-sector and the Carnival and Festivals sub-sector. The grant is for product development – to produce an online/virtual product, marketing – to promote new Caribbean content, digital – to support the further development of electronic solutions for revenue generation; projects should be community oriented. Details here.

Stay with me here. Margaret Busby OBE is Britain’s youngest and first Black female publisher. She was recently profiled in the 100 Pioneering Women of Sussex Blog series. Excerpt: “Margaret Busby was born in 1944 in Accra, Gold Coast (now Ghana) to Dr George Busby and Mrs Sarah Busby. She went to school in Sussex in Bexhill until the age of 15. She then went to London University to read English, graduating in 1964.” That had me saying, wow. because Margaret is a solid 29 years older than me and I had no idea when we met; her Black don’t crack for real but also she was just so cool – I never once felt out of place around her (which sometimes happens when you walk in to certain spaces). Here we are (her far right, me second from right) in Sharjah in 2019:

The article talks about New Daughters of Africa, the second global anthology in this series (this one 25 years after the original) which she edited. My interactions with her were always respectful and generous – even after all she  has achieved; I have enjoyed being a part of this project. “The 2019 anthology has been nominated for NAACP Awards for Outstanding Literary Work 2020 and a Lifetime Achievement in African Literature by Africa Writes in 2019. Each anthology compiles more than 200 women from Africa and the African diaspora.” So, the rec is New Daughters of Africa. Don’t sleep on it. 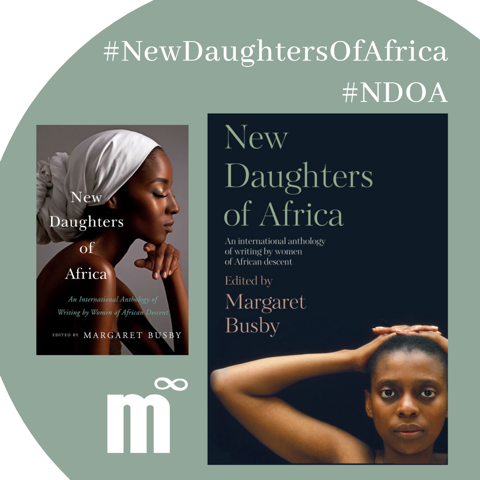 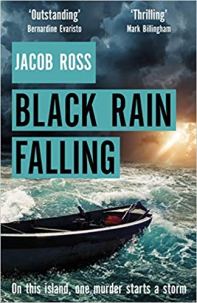 African American writer Jewell Parker Rhodes is a past Wadadli Pen patron (she donated copies of her book Ninth Ward in 2011) and we are happy to report this positive review of her latest book Black Brother, Black Brother. ‘Born of a white father and a black mother, Donte is extremely darker than his light-skinned brother Trey, and faces substantial discrimination at Middlefield Prep. His schoolmates label him “black brother” and even with Trey’s support he is treated like an outcast. Being one of the few black boys at his new school, Donte is framed and arrested for “throwing a pencil with intent to harm.” His society is constructed by whites for whites so those belonging to this race are considered lawful and civilized. Blackness, on the other hand, is viewed as a stain and is linked to criminality. This causes Donte to be seen as a “thug” who is responsible for any disruption that arises at Middlefield. He is left feeling defeated and confused as he highlights, “the uniform is supposed to make us all the same.” Uniforms at Middlefield Prep. do not guarantee uniformity and compassion, whiteness does, and this is something that Donte lacks on the outside.’ Sounds really interesting. Read the full review at the African American Literary Book Club.

The New York Public Library’s picks in April for Immigrant Heritage Week included Caribbean titles, including US based Trinidadian Elizabeth Nunez’s memoir Not for Everyday Use and Esmeralda Santiago’s When I was Puerto Rican.

The five regional winners of the Commonwealth Short Story Prize will be announced on June 2nd 2020 and the overall winner during a special ceremony on June 30th 2020. Click here for information on catching it live. In the running for the Caribbean prize are Jamaica’s Brian S. Heap (Mafootoo), Trinidad and Tobago’s Brandon McIvor (Finger, Spinster, Serial Killer), and Sharma Taylor (Cash and Carry), of Jamaica but resident in Barbados, whom I interviewed on my Jhohadli blog.

Jamaican writer Marlon James won the Ray Bradbury prize from the L. A. Times for his book Black Leopard, Red Wolf. The prize is for science fiction, fantasy, and speculative fiction generally.

The Bocas Lit Fest, as part of its 10th anniversary, has rolled out a number of resources for readers and writers – e.g. a publishing consultancy and book network.

Remember to check the Opportunities Too page here on the blog for opportunities for writers and artists with pending deadlines.

Fans of the road march winning (Dress Back) Antiguan and Barbudan Vision band are mourning another loss. Founding member and vocalist (2 x Calypso monarch Edimelo) died quite suddenly recently and now so has another founding member, keyboardist Eric Peters. It was announced on May 20th 2020 that he had been found dead at his Browne’s Avenue home. A post mortem was scheduled to determine the cause of death.

Poet Cecil Gray died in March and was subsequently tributed by Peepal Tree Press with which he had a special relationship.

Guyanese playwright and director Michael Gilkes and cartoonist Samuel Rudolph Seymour – more casualties of COVID-19 from the Caribbean arts community – were remembered in the hometown press.

Filed under A & B Lit News Plus, A & B WRITINGS, Caribbean Plus Lit News, Links We Love, Literary Gallery, The Business, Wadadli Pen 2020, Wadadli Pen News