Sit back and enjoy, and when you’re done, if you want to sit back and enjoy some more, use the search feature to the right to search ‘reading room and gallery’ and visit the previous installments.

“In these revisions, Brathwaite seems to be Caliban discovering his mother’s voice through the  computer for the first time.” – Professor Kelly Baker Joseph’s Kamau Brathwaite Lecture

“My mind was blown. As a lifelong perfectionist, it had never occurred to me that I should seek out failure as a means to level up. I felt both embarrassed and eternally grateful. This eureka moment—a trusty hand-me-down from Liao—inspired me to make rejection my New Year’s resolution.” – Courtney Kocak

‘“Your fault you were drinking”
“Well, was she wearing a thong?”
“Sounds like she just wants attention or something”’ – There is Strength in Our Stories: MeToo# – Christian Garduno

“The motherland had called our sons to her bosoms
come, sons come fight for your motherland, she said;
that bitch
…
Son, I have no language for this loss
him dead” – from Unwritten (Caribbean poets sharing poems inspired by the Caribbean experience in the second World War) on BBC Sounds

“My body was a well of fear, but the neighbor was asking if he could come in for a minute and get warm. He appeared cold and gray, and he was trembling. He smelled as if he were his own ashtray. I imagined these past weeks hard alcohol had been his water, cigarettes worked as food, but on this day he was beyond human, some kind of wild animal, all bones of limbs and ribs. His cheeks sunken, his presence felt witchy. If I had asked him to leave, he might have cast a spell on me.” – Snow Line by Elizabeth Brinsfield

“Meanwhile, the smell of bread, the taste of it. We’d split a loaf, slice it, and the steam would bloom up. We’d devour it. I’d bring out some butter and salt from the walk-in fridge and we’d stand in that kitchen, facing the empty bar and two-tops, eating our prize in silence. This was our communion, a religious moment, and there was nothing to contemplate but bread, and the soft inside was hot enough to burn you, and the crust could cut up the roof of your mouth.

Then I’d drive home. I’d circle my neighborhood, looking for parking, craving sleep, late afternoon, the sky turning orange. In my dreams I baked bread, ruined bread, ate bread. It went like this. Soon it would be early morning again, and I’d be trying to remember where I put my car so that I could drive back to the kitchen to bake bread, to make the kitchen dirty with flour again.” – Butter by Eve Gleichman 2016 Kenyon Review Short Fiction Contest Winner

“She told me I could serve her in heaven. She accompanied me to school each day.” – from Genesis by Tope Folarin

“They’re showing familiar-looking aerial footage, a SWAT team crossing the sports fields and the track, when I realize I’ve seen this all before, because I recognize that track.” – Breaking by Christopher Fox

“I did write for a while in spite of them; but it does exhaust me a good deal— having to be so sly about it, or else meet with heavy opposition.” – The Yellow Wallpaper by Charlotte Perkins Gilman

For published short fiction and/or poetry by Antiguans and Barbudans, click the links for A-M and N-Z.

“I propose we start by giving the prophets honour in their own land while they’re alive. Let us like Barbados and Jamaica establish positions of writer laureates or poet laureates in our country for a defined period for each of our accomplished writers, giving them the opportunity to promote writing and their own missions either in schools or in other public spaces.” – Chairman of the Folk Resource Centre, St. Lucia, Embert Charles

“As a child of generations of immigrants and a victim of civil war, she communicates her experience of feeling naked in a new and often unwelcoming environment. Thus, the poems in the collection reflect her attempt to get into the marrow of the immigrant’s ordeal.” – Ghana Writes Editor, Ekuwa Saighoe, interviews Prof. Mark-Romeo on The Nakedness of New

“Gonnella depicts boxing great Muhammad Ali as young and strong in his fighting stance, the slightest hint of amused confidence hiding in his eyes; smoke escapes in a sinewy wisp from Jimi Hendrix’s lips, parted in a playful smile.” – Pop Phiz Fantastic by Naydene Gonnella as reported by Andrea Milam in Maco

‘“Ryan really wanted them to have these blankets close off their costumes because he wanted them to have this moment of reveal, where they push the blankets back and you see their weaponry and they go into battle,” said Carter of her work on Black Panther. “Ryan felt he couldn’t really do the Black Panther story without having gone to Africa, so he went and spent some time with the Basotho people [in Lesotho] and he fell in love with these blankets and I see why — they’re beautiful.”

Having purchased 150 Basotho blankets from South Africa and “stamped [the fictional metal] vibranium on one side to make them like shields for the warriors,” Carter said, the blankets were inevitably screen-tested by Marvel as too thick and unusable. So one of Carter’s assistants spent hours shaving each one of the 150 blankets with a men’s shaver to get it right.’ – 10 Surprising Facts About Oscar Winner Ruth E. Carter and Her Designs

“Of course, Debbie Eckert, I feel like there are two main lanes to her visual art – her portraits, she has an incomparable knack for capturing the light in her subject’s spirit, especially when it comes to children; and her nature canvases which are all about that magical glow. Right away I knew Approach, the full moon’s golden glow hitting the water and rippling out, was hers.” – from ANTIGUA AND BARBUDA: AN ART, HISTORY, CULTURE TOUR 2 – CREATIVE SPACE #14 OF 2018 (coverage of the 2018 Independence Visual Arts Exhibition, spotlighting several local artists including one former Wadadli Pen finalist) 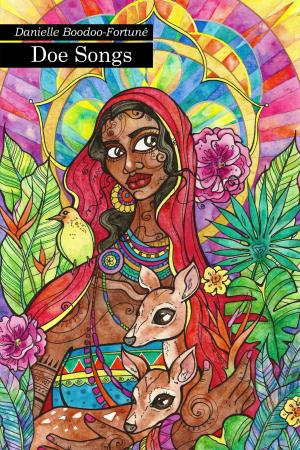 “This is a fascinating collection, recommended for readers who like their poetry with teeth, claws and a dash of surrealism.” – PN Review of Doe Songs, an acclaimed poetry collection by Danielle Boodoo Fortune (past Wadadli Pen judge and patron, Trinidad and Tobago writer, illustrator – including of Lost! A Caribbean Sea Adventure by Wadadli Pen founder Joanne C. Hillhouse) – Also check out Danielle Boodoo Fortune in Reading Room and Gallery 31, 30, 26, 25, 22, 18, 17, 14, 11, 5, 4, 2, and 1

For reviews of works by Antiguans and Barbudans, go here.

“I think a great many of us thought that Independence would lead to a kind of progress; that things that seemed inadequate like education, medical care, infrastructure that we feel had been neglected – we thought well they denied it to us, at least that was my view – but now that we were in control, we would proceed and show them how to manage small places with small, dedicated, intelligent people and morally good people, people on the right side of history. So when I returned I met kind of a universal chorus of ‘oh, they’re so corrupt, oh this, oh that, and the disturbing thing I think for me was the way the citizens reveled in it.” – Jamaica Kincaid on the BBC (interview also features Jacob Ross and Claire Adam)

“I got a message a few years ago from a minister of government when I returned to Grenada accusing me of giving the island a bad name and I said to the messenger I’d like you to tell the minister I’ not writing tourism brochures.” – Jacob Ross  – interview with Jacob Ross, Jamaican Kincaid, and Claire Adam with the BBC

“It was really fun to get inside each others’ heads and understand how we see the world.” – Jennifer Miller w/Jason Feifer in conversation with quickanddirtytips.com

“First and foremost, I think she is an unquestionably talented writer whose books and poems shed light on a very interesting literary and geopolitical period.” – Eliot Bliss biographer Michela Calderaro in conversation with Jacqueline Bishop. Read the whole thing: Bookends Eliot Bliss

“We inhabit the life of a theoretical stranger and we really get to know a point of view that we might not otherwise really understand.” – Barbara Kingslover (interview on BBC)

“I acknowledge the assimilation of many writers from what I think of as a Caribbean Tradition in the writing of my first novel Witchbroom. Africa, India, Europe all mixed up – a creole culture, so many languages. That’s what I celebrate. Beacon movement, our part in Harlem Renaissance, but also what I call the greats of the 50s, 60s, 70s novelists, poets and historians and now such a lot going on, many many more women: poets, story tellers, novelists, historians, Bridget Brereton; critics – Ramchand and Rohlehr, setting the pace in 1977. Dear Pat Ismond! London calling: New Beacon, Bogle Overture. And let’s adopt Jimmy Baldwin. I went on pilgrimage last December to St Paul de Vence. Volunteering at The George Padmore Institute. I get so excited at the lives and the works that are being archived there.” – Lawrence Scott

“When I was writing my dissertation in the 80s, this was my initial quest to unearth the first and earliest novel/poem/play, anything by a Caribbean Woman. As a teenager I had read Herbert G. De Lisser, 1929, novel The White Witch of Rose Hall, but I yearned for the stories of black enslaved women and free working class Caribbean women. I read the Wonderful Adventures of Mrs. Mary Seacole in Many Lands,1857; The History of Mary Prince: A West Indian Slave, 1831, and I wanted to find the Caribbean equivalent to Phillis Wheatley. I had read poems by Una Marson, and of course everything by Louise Bennett. Read Sylvia Wynter’s novel, The Hills of Hebron, 1962, then stumbled on Phyllis Shand Allfrey, The Orchid House, 1953; Ada Quayle’s first novel, The Mistress, 1957; Eliot Bliss’ Luminous Isle, 1934; and finally Alice Durie’s One Jamaican Gal, 1939. Although, Durie is an outsider, a white American who married a Creole Jamaican, her text offers important insights. Sadly, when I was doing field research in Jamaica and sought out and met her son, he confessed to burning her papers and other unpublished novels, because he didn’t know what to do with them, he claimed. This was a man with a successful business and warehouse. I was so angry I gritted my teeth to keep from slapping him. If this was the fate of an upper class white woman, then what chance during those earlier times for the poems and novels of a poor black woman, especially in the Caribbean.” – Opal Palmer Adisa  – Also check out Opal Palmer Adisa in Reading Room and Gallery 21, 13,  5, 4, and 1.

“MARLON JAMES: A lot of it came out of all the research and reading I was doing. African folklore is just so lush. There’s something so relentless and sensual about African mythology. Those stranger elements aren’t about me trying to score edgy post-millennial points. They are old elements. A lot of this book was about taking quite freely from African folklore, specifically from the area below the Sahara Desert. And that’s important to me. Mostly when people think of sophisticated Africa, they think of Egypt. And even that they attribute to aliens.” – Interview magazine. Also check out Marlon James in Reading Room and Gallery 31, 28, 18, 15, 14, 6, and 1.

For Antiguans and Barbudans discussing their art, go here.

As with all content on Wadadli Pen, except otherwise noted, this is written by Joanne C. Hillhouse (founder and coordinator of the Wadadli Youth Pen Prize, and author of The Boy from Willow Bend, Oh Gad!, Dancing Nude in the Moonlight 10th Anniversary Edition and Other Writings, Musical Youth, With Grace, and Lost! A Caribbean Sea Adventure). All rights reserved. Subscribe to this site to keep up with future updates.

Filed under A & B Lit News Plus, A & B WRITINGS, Caribbean Plus Lit News, Links We Love, Literary Gallery, The Business, Wadadli Pen News